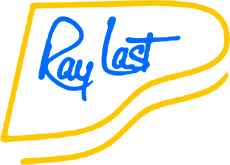 Piano Tuning and Repair
(with a smile)

I prefer to tune aurally (by ear) using an A440 tuning fork to set the pitch. There are numerous highly sophisticated electronic digital tuners, but due to the peculiar uniqueness of each piano, I find that I can do a finer tuning by ear.

I first became interested in piano tuning out of necessity. In the summer of 1976, I formed a music group called Footch Kapoot (a German phrase meaning broken down but repairable). We purchased a small Kohler and Campbell spinet piano from Zingsheim’s Music in Grafton, WI. I was fully aware that this piano would have to be tuned often and was more than willing to take on that responsibility. Besides, the sound of an acoustic piano was much more desirable as opposed to an electronic keyboard, especially so, in those days.

Joey Zingsheim (the owner) ordered and sold me basic tuning tools, while giving me a crash course in piano tuning. The group remained together for over two years and I was confronted with the stark reality that this “thing” would sometimes have to be tuned twice a week especially when transporting it from job to job during the winter months. To the surprise of many, I am actually a guitarist and not a pianist though I did play the piano accordion from the ages of 11–13. At 14 years old, I took up the guitar. I honestly and most sincerely tried my best to give this piano a good fine tuning, but to my dismay many areas of the piano never sounded right. Some chords were nice; some were terrible. Though I had an excellent ear for the ability to hear relative pitch—that is whether something is right on or flat or sharp—I was miles away from knowing the science of tuning.

After the group disbanded, I wholeheartedly pursued the piano technician trade as a career. Joey Zingsheim personally knew a well-respected piano craftsman from Milwaukee named Warren Polzin. Through Joey Zingsheim’s personal contact and much persistence on my part, Warren Polzin agreed to take me on as an apprentice. Literally within minutes, upon sitting with Warren, I was set straight on what I should be listening for. He showed me how to first tune the middle octave from F to F, the temperament as it is called. He carefully explained to me the “old world” method of sharpening the fourths, flattening the fifths, and gradually increasing the beat ratio of the thirds and sixths. All of this was done within the middle octave. The rest of the piano was subsequently tuned off of that octave. There of course were many other technologies and trade secrets involved with tuning the entire piano, but this middle octave was my starting block, the springboard to a complete fine tuning.

Most people are not aware that even though a piano generally has 88 keys, it actually has approximately 230 strings. Most keys have three strings which are tuned to exact unisons. This is partially why an acoustic piano usually has a fuller sound than a keyboard, that plus the fact that the open strings cause beautiful harmonic overtones and certain unique vibrations within chords.

In 1979, Warren hired me on part time and I progressed nicely, not just grasping the art of tuning but continually being introduced to basic repair, maintenance, and rebuilding of the piano. Unfortunately he was not able to give me much work. Being newly married in 1980, I found myself having to give up the dream and desire of being a piano technician. Instead I applied for a warehouse job and was hired on as manager. To my elation, I was laid off in December of 1981 and fully utilized that opportunity to enthusiastically pursue the piano trade.

By August of 1982, through creative advertising and diligence, I was settling into my own business making a modest but steady income. Through a series of tests that same year, I earned the classification as a registered piano technician in the National Piano Technicians Guild. Year after year I became more involved with piano service outside of just tuning. With a bold desire, I tackled many aspects of repair, maintenance and ultimately the rebuilding of grand pianos.

The work itself is not only satisfying but the thousands of people that I’ve personally encountered through private homes, schools and churches has been very interesting and rewarding. It is wonderfully fulfilling to confront a piano that is either horribly out of tune or in desperate need of repair and with learned expertise turn it into a very pleasing sounding playable piano. The customer is thrilled! Knowing that people can now enjoy an instrument that once just sat there taking up space, is for me, more than satisfying. From small children playing with just one finger at a time, to the elderly who desire to get back into it, seeing people enjoy a nicely tuned fully functional instrument is good for the world.

God has been very gracious and generous to me in that he took someone whose main skill and talent was performing rock and roll to placing me in a respectable, rewarding service trade. I use the verse in Ecclesiastes 3:13 as a form of appreciation and reminder. Perform your work as if it were God’s gift to you. Perform it as unto the Lord.